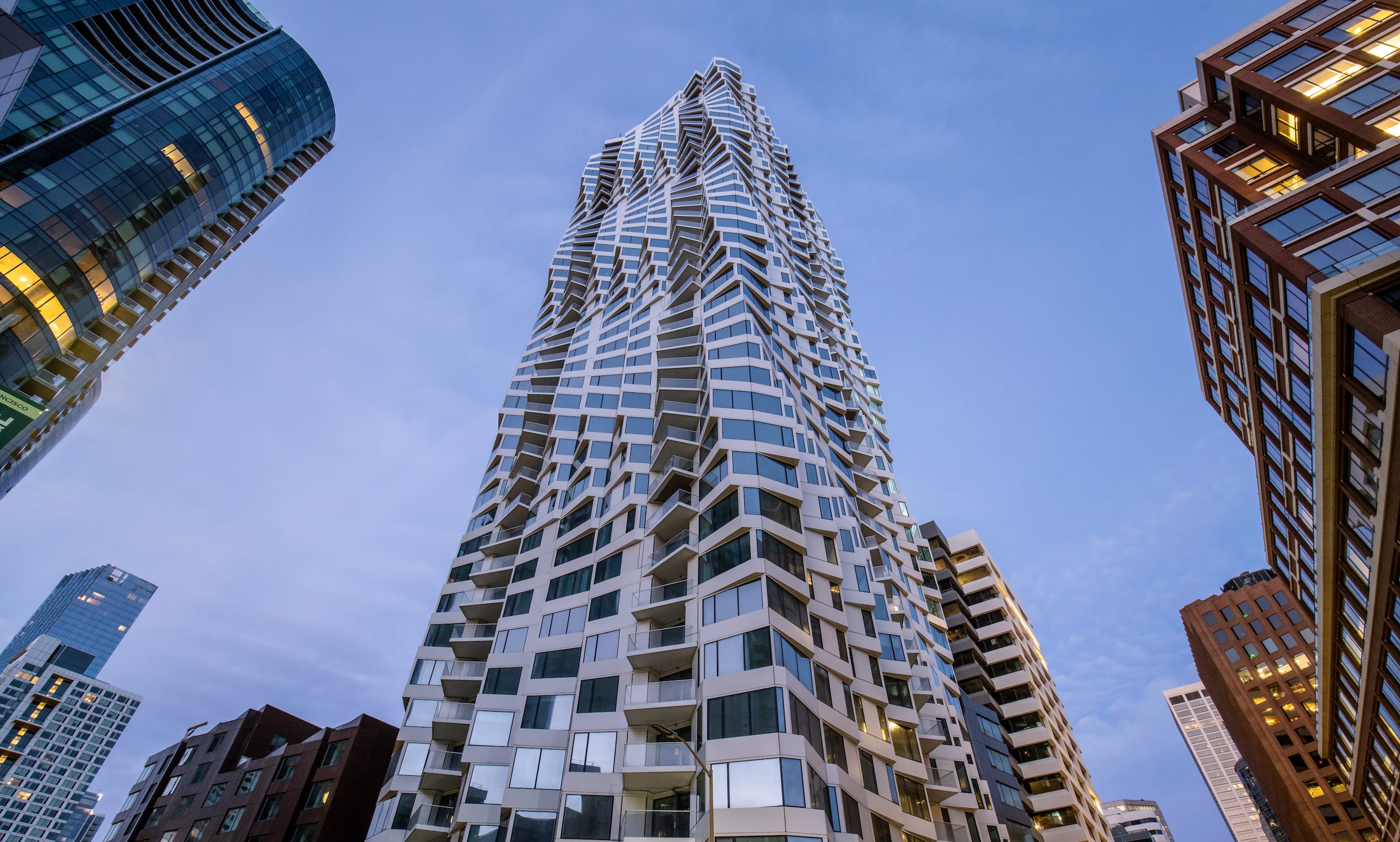 
Not since the de Young Museum’s gently torqued observation tower has the city seen such a feat of twisting architecture. While not an arts building, per se, the MIRA high-rise, designed by Studio Gang, nevertheless displays Escher-like artistry, taking the corkscrew motif to new heights—literally. Reaching 400 vertical feet, the spiraling ribbons of glass and Italian white panels are made possible by a sophisticated curtain wall that guides a coiling pattern of modern bay windows, a motif adopted from San Francisco’s architectural heritage.

Topped off in April to great fanfare, the tower, on track for LEED Gold recognition, has already energized the Embarcadero neighborhood, and is scheduled to open in 2020 with 392 condos—40 percent of which are designated below market rate.