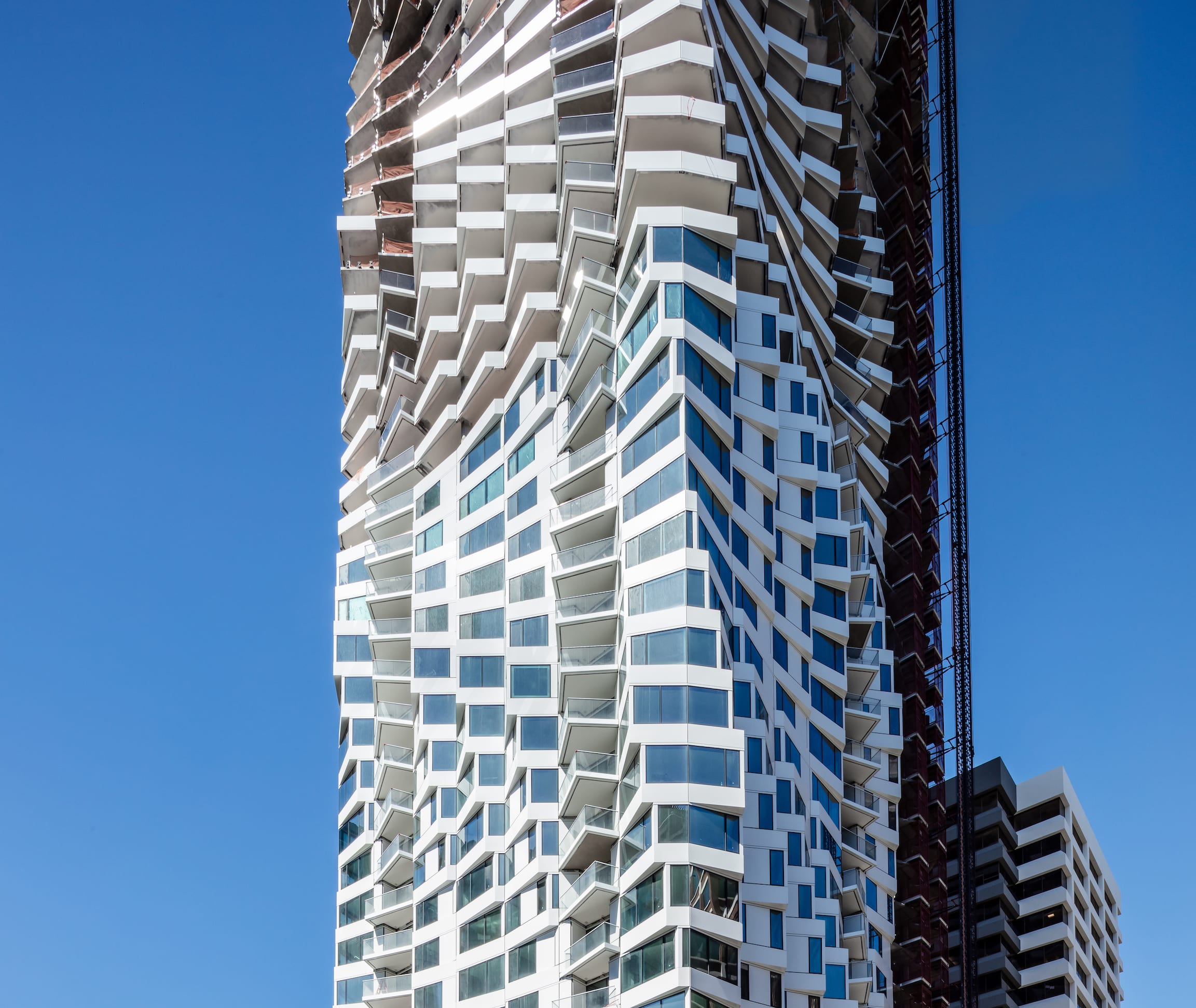 
The unusual, twisting image of Tishman Speyer’s condo complex in the Transbay neighborhood is becoming clearer by the day.

Chicago-based Studio Gang designed the tower so that it would appear to be turning while standing still — a kind of ripple effect across the skyline. Having recently topped out, construction on the 392-unit project should wrap up by the end of the year.

“It makes virtually every unit in the building unique. You get a slightly different bay window and configuration than the unit above and below you,” Shannon said on a recent tour of the construction site.

Building the project, then, involves using adaptable brackets to attach the tower’s facade. The project also includes an adjacent low-rise building. To date, Tishman has released around 80 condos for sale in small batches, with about 50 of those in contract, said spokesperson Gary Pike.

In addition, about 40 percent of the units will be pegged as affordable for those making up to 100 percent of the area median income; those sales will be handled separately. Even within the marketrate units, though, Tishman hopes to attract a variety of people to the site, starting from those interested in the $900,000 one-bedroom offer.

Of course, for those looking to shell out, there are still the priciest condos: Floors 35 to 40 will consist of three-bedroom units with higher ceilings and square footage ranging from about 2,100 to 2,500 square feet. Prices haven’t yet been set, but upper-level units will top $3 million, the Business Times previously reported.

The developer was able to lock in that wide range of prices thanks to deals with contractors that it settled years ago, Shannon said. Lendlease is the general contractor.

Interest in the building comes down to the architecture and the views, Shannon said, along with the slow transformation of the Transbay neighborhood. Developments from the Avery to 181 Fremont St. have cropped up in the surrounding area but have mostly catered to the ultra-luxury segment. The city should be wrapping up repairs of the now-closed Transbay Transit Center in the coming months.

Since Tishman first developed its Infinity project on Rincon Hill in the mid-2000s, there’s been a noticeable change in the number of San Franciscans looking to move to the neighborhood — and even knowing where it is, Shannon said.

“Now it’s such an established location that people understand it,” Shannon said.