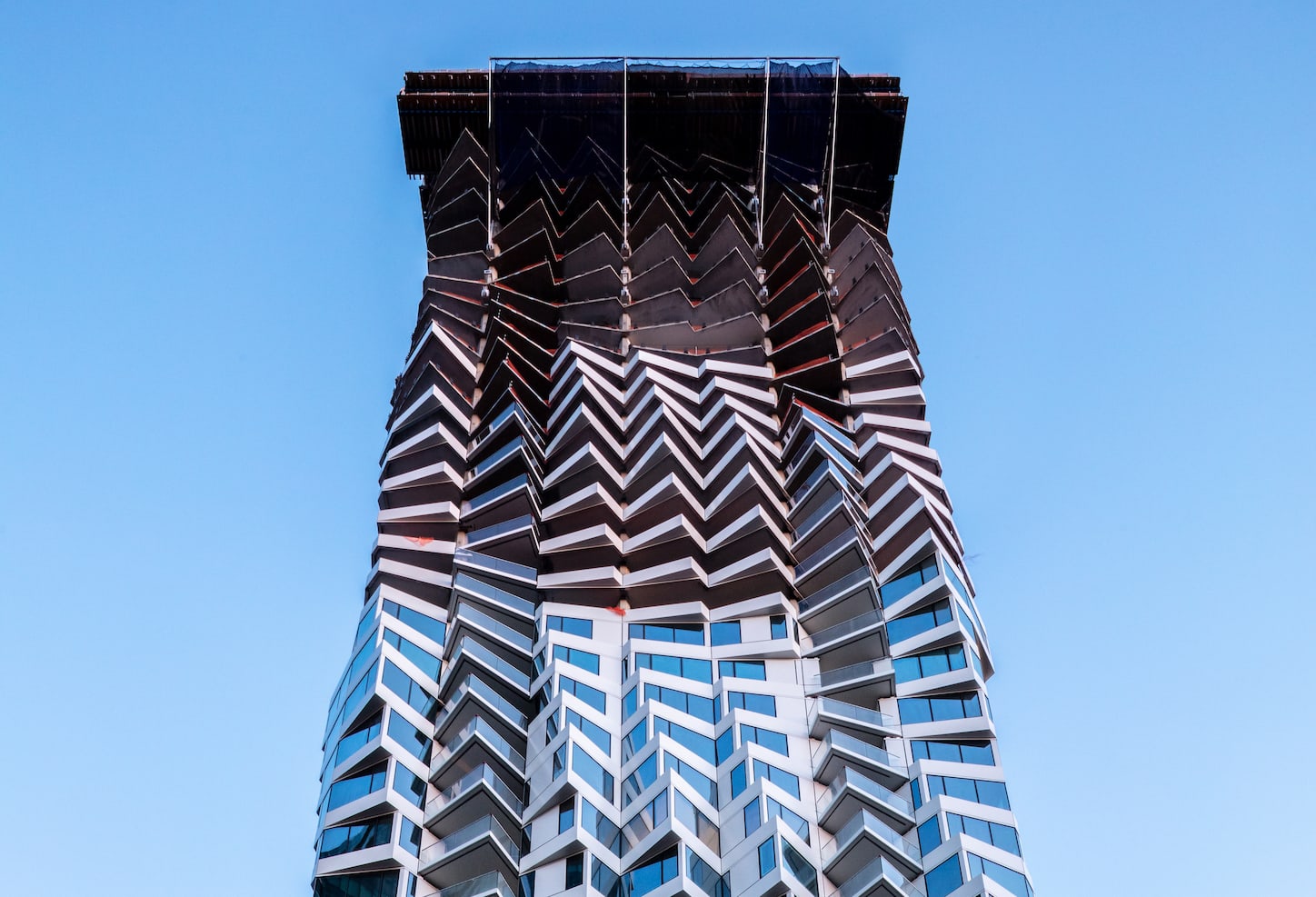 
Latest photographs have been released for Studio Gang-designed residential tower, showing that 80% of the building has almost been completed.

Developed by Tishman Speyer, the tower will include 392 luxury condominium residences and retail spaces on the ground floor. The important aspect of the building, as emphasized by Jeanne Gang - Principal of Studio Gang - it will offer 40% below-market-rate units integrated with the market-rate units.

In WAC's exclusive interview, Gang emphasized the importance of providing a mix of housing to help create democratic cities that serve all.

"It’s appealing to build in a city that values diversity and inclusion. I think San Francisco has created requirements for below-market-rate percentages because the city realizes the importance and shared benefits of having a mix of people living together," said Jeanne Gang.

Construction of the 122-metere tower began in mid-2017 and has progressed steadily since, with occupancy slated for late 2019. Architecture and the interior design are also designed by Studio Gang.

Mira’s distinctive, dynamic design features large bay windows twisting up the façade to offer sweeping views of San Francisco Bay, the Bay Bridge, and the city skyline. The distinctive façade’s installation has been underway for the last seven months and now clearly shows off the spiraling design with which Mira will punctuate San Francisco’s skyline.

"As we celebrate this milestone of topping out MIRA’s beautiful, twisting tower, we’re looking ahead with excitement and counting down the months until the first residents move into their new homes," said Carl Shannon, Senior Managing Director at Tishman Speyer.

"This striking piece of architecture has found its place in the San Francisco skyline. A huge thank you to our team for helping us to deliver this gleaming new addition to the growing Transbay neighborhood."

When completed, Mira’s bright, modern, and spacious one, two-and three-bedroom condominiums and townhouses will offer sweeping, expansive views of the city and the Bay through large bay windows.

Located one block from the Embarcadero, the community will feature amenities such as a courtyard, rooftop deck, private dining and lounge, a Jay Wright-designed fitness center, children’s playroom, conference room, dog washing station, valet parking for 340 cars with electric vehicle charging stations, parking for 150 bicycles, and over 10,000 square feet of retail at street level.

Inside, bay windows in every residence offer sweeping views and create a dynamic façade that will transform the neighborhood with Studio Gang’s groundbreaking, forward-thinking architecture.

Each unit features fanning bay windows and striking, sweeping views of the City or the Bay, and residents have access to amenities such as a courtyard, rooftop decks, private dining and lounge, children’s playroom, business and conference room, and a Jay Wright-designed fitness center.

Construction of the building will be completed this year and occupancy for the Studio Gang-Designed community is slated for late 2019.

Jeanne Gang has been named as world’s most influential architect by TIME Magazine for 2019. Jeanne Gang runs her own office Studio Gang in Chicago, New York and San Francisco.

She is currently behind the expansion of the O’Hare International Airport. In addition, the Gilder Center for Science, Education, and Innovation at the American Museum of Natural History (AMNH) is one of her hotly-anticipated projects currently under construction in New York.