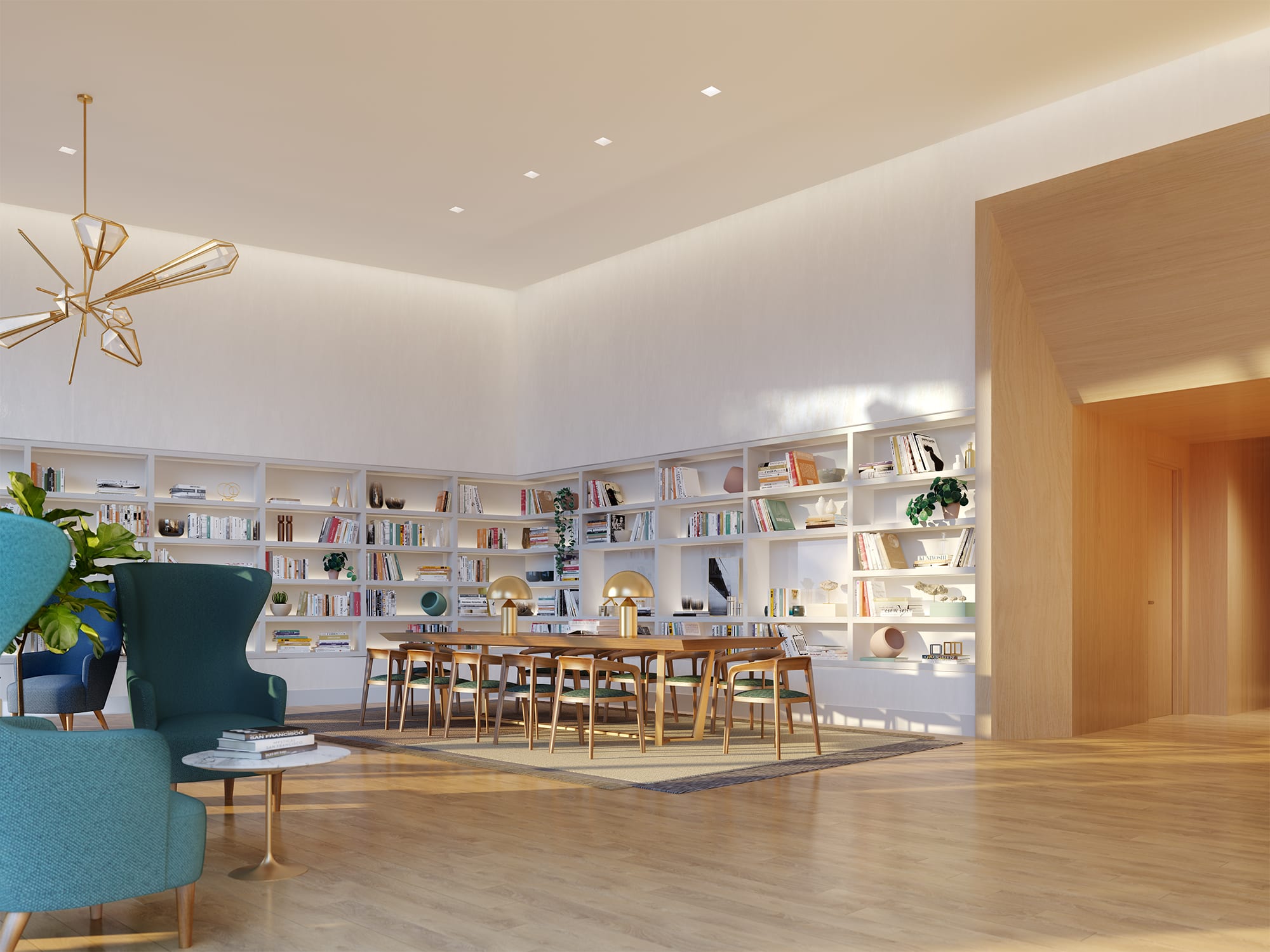 
These new photographs capture the twisted and fragmented exterior of US firm Studio Gang’s 40-storey Mira tower, as it takes shape in San Francisco.

Photos released by Mira developer Tishman Speyer capture the 400-foot-high (122-metre-high) tower, which is formed from a series of vertical twisting columns.

In the images, the lower portion of the building is also fitted with the boxy windows that will eventually rise all the way up the structure. Studio Gang founder Jeanne Gang said the design of these was based on the bay windows found across San Francisco, when the scheme’s design was first unveiled last year.

Angled in different directions, and interspersed with balconies, these spiralling forms are intended to provide numerous views of San Francisco Bay, the Bay Bridge and the city skyline from inside Mira. The glazed spaces that project from the exterior also form rooms inside.

Tishman Speyer released the photos to coincide with the opening of sales of apartments inside Studio Gang’s skyscraper, which is located at 280 Spear Street in the city’s Transbay neighbourhood. Mira will contain 392 luxury residences, in a mix of one-, two- and three-bedroom condominiums, townhouses and penthouses.

Renderings of the interiors produced by visualisation company Binyon were released alongside the construction photography. The residences, which are also designed by Studio Gang, are expected to feature plenty of natural light due to the large windows.

One of the images shows an apartment with an open-plan lounge and kitchen. The finishes are simple, including pale wood and white walls.

Another visual shows a communal area, with a large white bookshelf and a long table for study.

This is one of a host of amenities that Studio Gang has included in Mira. A courtyard, rooftop deck, private dining area and lounge, and a fitness centre, as well as a children’s playroom, conference room and a dog washing station, are among the others.

Around 10,000 square feet (929 square metres) of retail space is also set at the tower’s street level.

Valet parking for 340 cars with electric vehicle charging stations and parking for 150 bicycles is also incorporated into the building.

Mira is under construction near to the city’s Financial District and the Oakland Bridge, and is slated for completion later this year.

The tower’s topping out follows a host of Studio Gang-related news, including firm founder Gang being listed as the only architect on Time magazine’s list of 100 most influential people. A team led by Gang also recently won a major competition to extend Chicago O’Hare international airport.

Founded in 1997, Studio Gang is headquartered in Chicago and has offices in New York, San Francisco and Paris. The firm is working on a number of other high-rise residences, including a luxury tower in Hawaii and a scalloped concrete condo in New York.